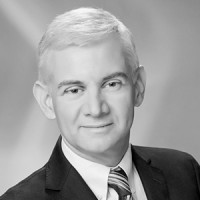 Doctor Mauricio Abrão has been Head of the Endometriosis Unit situated within the Department of Obstetrics and Gynaecology of the Teaching Hospital of the University of São Paulo, Brazil, since completing his residency there in 1989.

Dr Abrão earned his PhD in gynaecology and obstetrics at the University of São Paulo in 1996, defending a thesis on the evaluation of CA-125 II, C-reactive proteins, serum amyloid A, and anticardiolipin antibodies in the diagnosis of pelvic endometriosis.

During his career Dr Abrão has published over 110 papers. One of these papers (Endometriosis lesions that compromise the rectum deeper than the inner muscularis layer have more than 40% of the circumference of the rectum affected by the disease), presented at the meeting of the American Association of Gynecologic Laparoscopists (AAGL) in Washington DC in November 2007, received the Carlo Romani Award for the best paper on endometriosis.

Research development and minimally invasive surgical techniques for endometriosis are the primary focuses of Dr Abrão’s work and he is in continuous search for advancement in this area.

Dr Abrão has been the Editor in Chief of the Journal of Endometriosis and Pelvic Pain Disorders (JEPPD) since January 2016, JEPPD is the official publication of SEUD.