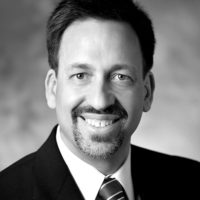 Hugh S. Taylor, M.D., is the Anita O’Keeffe Young Professor of Women’s Health and chair of the Department of Obstetrics, Gynecology and Reproductive Science, at the Yale School of Medicine in New Haven, Connecticut.

He is also Professor of Molecular, Cellular and Developmental Biology at Yale University and Chief of Obstetrics and Gynecology at Yale-New Haven Hospital. He is a board certified specialist in Obstetrics/Gynecology and in Reproductive Endocrinology. Dr. Taylor received his undergraduate training at Yale University and received his medical degree from the University of Connecticut School Of Medicine. He completed his residency in Obstetrics and Gynecology at Yale. His postdoctoral training included a fellowship in Reproductive Endocrinology and Infertility as well as a fellowship in Molecular Biology, both at Yale.

Dr. Taylor is a recipient of eight National Institutes of Health research grants and directs The Yale Center for Reproductive Biology. His clinical research centers on implantation, endometriosis and menopause. His basic science research focuses on uterine development, the regulation of developmental gene expression by sex steroids, endocrine disruption and on stem cells. Dr. Taylor has published more than 300 articles in leading medical journals. He is the Editor-In-Chief of Reproductive Sciences and an editor of Endocrinology.

He serves on several editorial boards and as a reviewer for numerous scientific journals and is frequently invited as a speaker at national and international medical meetings. Dr. Taylor has received numerous awards including the IVI Foundation International Award for the Best Research in Reproductive Medicine and the Society for Gynecologic Investigation President Achievement Award. He has also served as the academic mentor of numerous trainees and has twelve times been awarded the Society of Gynecologic Investigation President Presenter’s Award for this training. Dr.  Taylor is past president of the Society for Reproductive Investigation and was on the Board of Directors of The American Society for Reproductive Medicine, Environment & Human Health, and the International Institute of Primate Research. He was elected to the National Academy of Medicine in 2016.