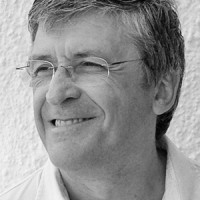 Francisco Carmona was born and raised in Spain where he graduated from the University of Barcelona Faculty of Medicine in 1982. He became a specialist in Obstetrics and Gynecology in Spain and obtained his doctoral degree in 1991.

He has been member of the University of Barcelona’s Department of Obstetrics and Gynaecology as Professor from 2006. His main areas of interest are endometriosis and benign diseases including pelvic floor pathology. He has published more than 100 scientific articles in the most important medical journals both general (as The Lancet and JAMA) and of his speciality (including AJOG, Hum Rep, Fertil Steril and many others). He is also author of more than 20 book chapters both in English and in Spanish. Dr. Carmona acts as invited referee for several important medical journals including Fertility and Sterility and Human Reproduction. He is also member of the Editorial Board of Gynecological Surgery, Journal of Endometriosis and Pelvic Pain Disorders and Medicina Clínica.

From the late 1990 he has organized advanced endoscopic courses and workshops on minimally invasive surgery and he was the President of the 19th Congress of the ESGE and President of the 10th International Meeting of the AAGL.