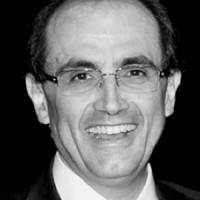 Professor Felice Petraglia is Professor of Obstetrics and Gynecology at the University of Florence and Chief of the Maternal – Infancy Department, Careggi Hospital, Florence (Italy)

Professor Petraglia has served as President of the Society for Gynecologic Investigation (2008-2009), having previously been a member of its council (2003-2006). He was also member of the Board and Committees of FIGO, ISGE, ESHRE and EBCOG and served as consultant of Ministry of Health and Ministry of University of Italy. Recipient of Awards from the Endocrine Society, SGI, SIGO, SIE and Academy of Lincei.